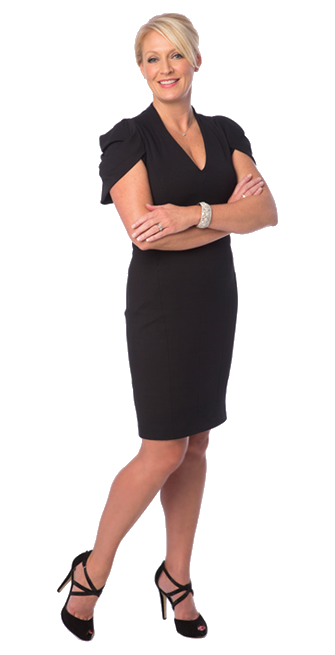 Karen King Flores is a certified dance instructor through Dance Masters of America and the owner and Artistic Director of Encore Studio. Her early career allowed her performing opportunities with the Beaumont Civic Ballet, The Houston Ballet, The Concert Ballet of Virginia and The Richmond Ballet. She performed with the Southwest Regional Ballet Festival and served as an apprentice under Robert Joffrey.

She has studied with many great dancers over her years of training, but chose to share her passion to educate dancers by opening Encore Studio in 1991. Her enthusiasm for dance allowed her the pleasure to work with many students in her first years, but as the demand for classes grew, she focused on developing a curriculum for the staff members to implement.

Under Karen’s direction, Encore Studio services more than 1,000 students throughout Chesterfield County. She has led students to stages in Walt Disney World’s Magic Kingdom and on Grand Bahamas Island. Her students have been accepted at Virginia School of the Arts, Royal Academy of Ballet, local and regional Governor’s Schools, as well as Thomas Dale Specialty Center for the Arts. Encore students often continue to dance in college, and some have gone on to a professional career in dance.

Currently, Karen focuses on developing continued curriculum for the students of Encore Studio and bringing them the best instruction. She continues her work on sharing the love of arts to the community, and produces an annual recital production that has become an anticipated event in Chesterfield County.

After more than 28 years as the Encore Studio Artistic Director, Karen remains active in all studios, and she shares her greatest

accomplishment as parent.   Her 20-year-old daughter, Mallory, is a graduate of the Encore Curriculum and was a participant of the Competitive Dance Program at Encore for 10 years.  Mallory is currently a member of the Rally Cat Dance Team and can been seen on the sidelines cheering on the Clemson Tigers! 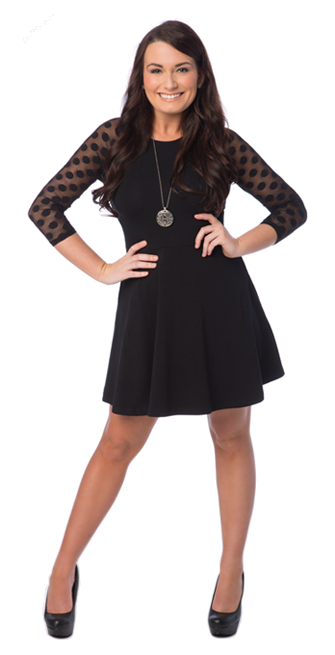 Born and raised in Point Pleasant, New Jersey, Cheryl Brower started her extensive training with Denise Daniele Dance Studios, where she trained for 15 years. There she participated in the "City Lights Dance Company" and participated in competitions throughout the East Coast. On the competitive circuit, Cheryl was a standout and won scholarships in Jazz and Tap from conventions such as Jump, NYCDA and the Tremaine Dance Series.

Cheryl continued her training throughout high school, focusing on ballet, tap, jazz and modern dance styles. She attended East Carolina University's Dance program where her choreography was well received due to her intensity and high-energy style. She graduated in 2010 with a BFA in Dance Performance with a concentration in Jazz Dance. Cheryl has trained with dance masters such as Michael Minery, Doug Caldwell, Desiree Robbins and Keri LaGrand.

Cheryl’s professional credits include participation in the annual "Dancers Responding to Aids Benefit" in Bryant Park, New York City, for an audience of more than 3,000. She has also performed in the Broadway production of "Broadway's Greatest Showstoppers" featuring the New York Philharmonic, Marvin Hamlisch, and Tony Award winners Kristin Chenoweth and Raul Esparza. Cheryl has also performed as part of Mike Minery's tap intensive in the off Broadway production of "SLIDE" accompanied by the Duke Ellington Orchestra.

The Encore Studio family is honored to have Cheryl's expertise, extensive training and choreographic abilities since 2010.  Cheryl is extremely excited to have made Richmond her home and is eager to tackle the continued growth of the students of Encore Studio. 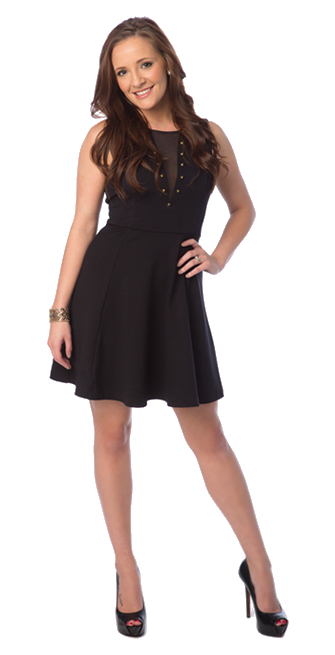 Born and raised in Plymouth, Michigan, Angelina Rackley studied under the direction of Theresa Valchine and Cyndi Buczek at “Dance Extreme.” Angelina has participated in and won many regional and national titles, including the “Star Systems” top regional soloist three years in a row and the national top soloist winner in 2004 in Las Vegas, Nevada.

Angelina began her career teaching at “Dance Extreme,” and she was the recipient of the “California Contemporary Workshop Scholarship” in 2007 and “SHOCK The Intensive Scholarship” in 2005. She was a feature performer in the “Make a Wish Celebration of Dance Showcase” and has assisted Kevin “Tokyo” Inoue and Sonya Weast.

Following her desire to study dance in New York City, Angelina enrolled in the work/study program at Broadway Dancer Center. The program allowed her to train at the top dance facilities in New York City with numerous industry greats. After studying jazz, tap, contemporary and ballet for two years in New York, she returned to the classroom the share her style and techniques with students.

Angelina is widely recognized for her unique and edgy style of dance and her award-winning choreography, and she is credited with beginning the Contemporary trend in the Richmond market. Thanks to her ability to inspire, educate, create unique movements and make the experience positive and uplifting, Angel’s classes fill quickly.

She teaches her students to understand their bodies and how they have the ultimate control to create any movement asked or desired. Her forte is giving her students the opportunity to dig deep within

themselves and try new movements. She has a way of touching her student’s lives with passion, emotional expression and a creative style of dance. 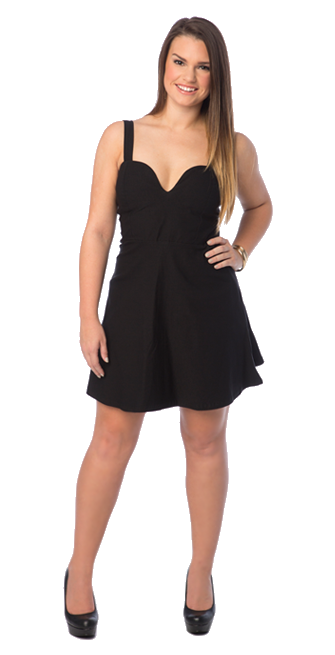 Dana DeLucie Roberson grew up in Virginia Beach, VA and trained at the National award winning studio, Denise Wall’s Dance Energy. As a member of the DWDE Company, Dana had the distinct honor of performing in numerous pieces choreographed by Emmy winner and So You Think You Can Dance choreographer, Travis Wall. During her time with DWDE, Dana was part of an ensemble that won four NYCDA National Critics’ Choice Awards, the 2009 Capezio A.C.E. Award, and countless regional titles.

Throughout her dance career Dana regularly attended workshops and conventions; including NYCDA, Jump, Nuvo, and West Coast Dance Explosion. She was selected as a NYCDA National Convention Scholarship winner for four consecutive years. Dana has taken master classes with some of the industry’s most innovative dance teachers and choreographers; including Sonya Tayeh, Stacey Tookey, and Mike Minery.

Dana graduated from East Carolina University in May of 2013 with a Bachelor of Science degree in Public Health Studies. She was a four year member of the East Carolina University Dance Team and served as a captain during her senior year.  While on the ECU Dance Team, Dana choreographed for numerous team performances. She traveled annually with the ECU Dance Team to Daytona Beach, FL where they competed at NDA Collegiate Nationals. During her senior year the team was featured on CBS College Sports Network as a Dance Division IA finalist, for the first team in school’s history.

Since relocating to the Richmond area in August 2013, Dana has been thrilled to be a part of the Encore family. She is excited to continue to share her passion for dance, unique style, and technical expertise with all of her Encore students! 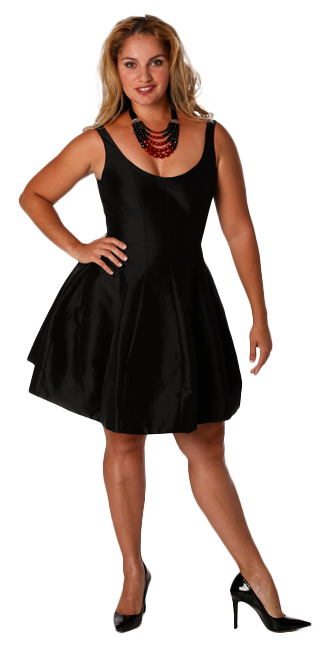 Miss Burgos is of Dominican - Armenian heritage. Over her performing career she has danced with The Joffrey Ballet of Chicago for 2 years, Sacramento Ballet for 7 years (principal dancer), Ballet Hispanico for 7 years ( principal dancer) & West Side Story on Broadway. Miss Burgos had the pleasure of being the principle in Ron Connigham’s CarminaBurana, Carmen and The Rite of Spring. She danced Balanchine’s The Four Temperaments, Concerto Borocco, Allegro Brillante, Scotch Symphony,Theme and Variation and Western Symphony. In 2010 Burgos joined the cast of West Side Story on Broadway. She has worked with artists such as Pedro Ruiz, Margo Sapinton, Ramon Oller, John Cliford, Annebelle Ochoa Lopes, Val Caniparoli, Trey McIntyre, Septime Weber, Dwight Rhoden, Graciela Daniel, Sergio Trujillo. She was an adjunct teaching Ballet, Point and Jazz at Western Kentucky University from 2012-2015. She has choreographed for WKU spring performance and May 2016 for VCU Freshman Repertory course show. In addition, she is an ABT Certified Teacher, who has successfully completed the ABT Teachers Training Intensive in Primary through level three of the ABT National Training Curriculum. Miss Burgos is also fluent in English, Spanish, Russian and Armenian languages.

Our professional dance instructors bring a wide variety of performance and educational experience to dance students in the Greater Richmond area. Click on the names below to find out more. 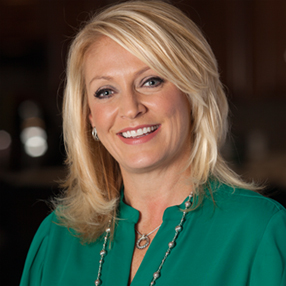 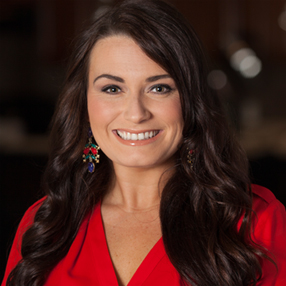 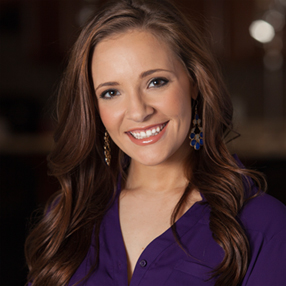 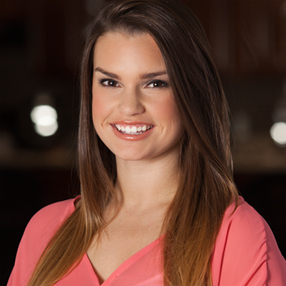 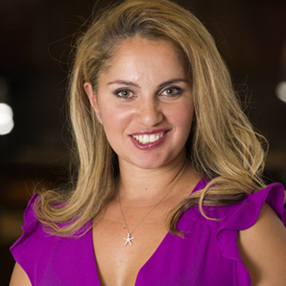